Are You a Conversation Stealer? 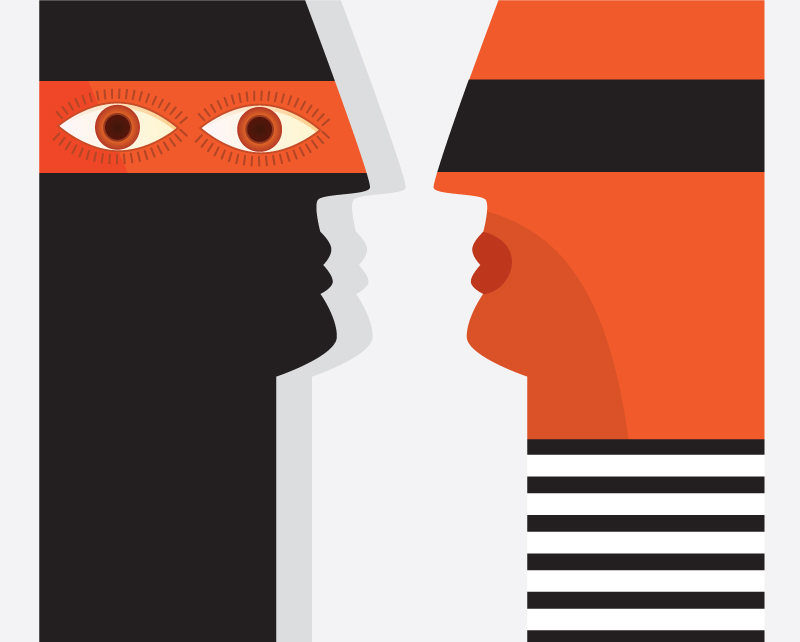 Mike: How was your weekend? Sue: Really nice. We went for a ride along the canal on our bikes.

Mike: Really? I’ve been planning to do that for years! Every year I keep saying how I would love to do that. I probably haven’t been on my bike for three years. I’m really getting out of shape. I started a new diet, though…

Really Mike? Were you interested at all in Sue’s weekend, or did you just want to talk about you?

Most people are conversation stealers. It’s hard to admit, but it’s true. Ninety-five per cent of us are autobiographical listeners. That means we listen long enough to relate it to something in our own experience and then we take over the conversation.

Me: Warren and I are celebrating our sixth anniversary this year by going to Paris.

Mike: I’ve been there. Make sure you bring your credit card because it’s very expensive. As a matter of fact, when I was there…

And so the stealing goes.

Mike has listened autobiographically to my statement and then related it to his own experiences. That is natural, normal and expected. But being a conversation stealer isn’t a very good thing for Mike’s professional (or personal) reputation. People don’t like it when someone derails the conversation, especially after you’ve just asked them a question.

If he was a good conversationalist (and not a conversation stealer) the conversation might go like this:
Me: Warren and I are celebrating our sixth anniversary this year by going to Paris.

Mike: What a great city! What are you planning on doing there? Me: I don’t know, really – I just made that up for this article. I’m not really going.

Mike: Too bad, because it really is a great place. I have been and I recommend it highly.

Now, if I’m a good conversationalist here I will pick up on Mike’s thread and turn the conversation around to his trip. If I’m not really interested, I won’t.

But the question is, will Mike steal the conversation back?

Me: Warren and I are celebrating our sixth anniversary this year by going to Paris.

Mike: What a great city! What are you planning on doing there? Me: I don’t know, really – I just made that up for this article. I’m not really going.

Mike: Too bad because it really is a great place. I’ve been and I recommend it highly.

Me: Oh well. I’m okay with not going. We’re actually going to Florida instead.

Mike: Well Paris is so expensive. When we were there we spent $150 for breakfast one day. Crazy! Did
you know…

Yes, Mike is going to steal it back. Besides annoying the person you’re speaking with, conversation stealers also risk missing out on vital information. What if I’d brought up the subject of Paris because I wanted to ask Mike to fill in for me on a job while I was away? After Mike derailed the conversation, I might realize he’s not quite right for the job. Or, I might forget what I’d been about to say. Either way, Mike loses out.

Don’t be Mike. Learn to read the cues being sent by the person you’re having a conversation with. When I was 38, I found myself unexpectedly single. That wasn’t in my master plan. Since I am a highly social person who enjoys an active social life, I was interested in “getting back out there” onto the dating scene. Something that appealed to me was speed dating. If you’ve never heard of speed dating, it’s something that works really well for busy people.

I had already been on a couple of dates that were painful and I didn’t want any more of them, so I needed a way to meet people in a non-threatening setting where I could quickly say “yes” or “no”. So I signed up for speed dating. Ten men and ten women gathered for a series of five-minute conversations. Honestly, you know within the first few minutes if a spark is there or not. And to be honest, a lot of it depended on how the other person carried the conversation.

I didn’t have any success with speed dating. Every man I met stole the conversation. I would say “Tell me about your job” and I would hear every little detail, every little nuance of their job. I appreciated that they were nervous and uncomfortable. But at some point I wanted the conversation to rotate. I want them to say, “Tell me about your job.” Not one of them did.

I didn’t meet my husband, Warren, speed dating but you can be sure that he took a great interest in my job. Warren was able to share the conversation.

In the workplace, you aren’t looking for a spark, but a connection certainly makes life easier. When you have good workplace relationships, work is more fun; it’s easier and usually more productive, too.

Most admins I’ve worked with understood the importance of sharing the conversation. Any client, any friend, anyone who makes a difference in my life understands how important it is not to steal the conversation, but to share it.

I share conversations. Sometimes I get excited about my own experiences, which is normal. I’m not perfect. However when I do that, I mentally chastise myself and recognize that to be the best professional I can be, I need to share conversations rather than steal them.

What I want you to do is pick up on someone’s conversation thread. Don’t steal it with your own experiences. Ask questions. Add your information and see if it is picked up or not. If not, they really aren’t a good conversationalist. If they are, you might make a terrific connection! Pay attention to your conversations this week and resist the inner robber.”