A Limiting Human Trait and How to Reverse it 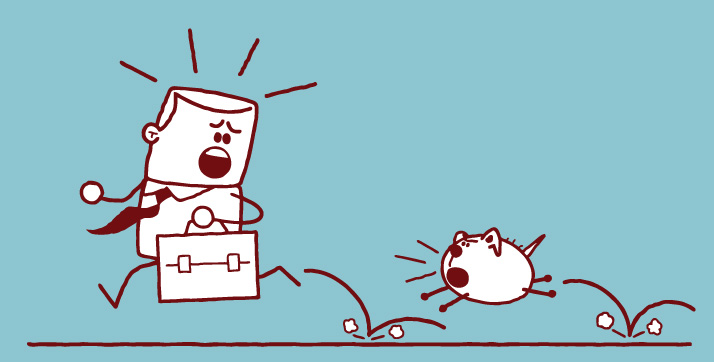 One of our most limiting human traits is practiced by most of us for much of our lives. Most never learn how limiting it is. In the absence of that awareness, it nearly always seems like the right and sensible thing to do. And so we continue to practice it, missing the opportunity to become powerful.

Some examples: avoiding an action or situation that makes us anxious or fearful, allowing low feelings to drive withdrawal or isolation, allowing anger to drive an excessively angry response, if we’re overweight eating in response to a desire when we’re not hungry, “comfort eating” to control uncomfortable feelings, consuming something we’re craving, procrastinating when we don’t feel like taking action, acting in an unconfident way when we’re feeling unconfident… or any other unproductive action driven by any other uncomfortable feeling.

You might think these feeling-response relationships are unhelpful because the resulting behaviour is limiting. This might be true, but that’s not the main reason for saying the trait is limiting. The bigger concern is that every time we do what a feeling is telling us to do, we reinforce the unconscious beliefs driving the feeling. So the feeling pattern, and the drive to behave in that way, just get stronger.

To understand why this is so, consider an example of a dog phobia. All feelings are driven by a belief, usually an unconscious belief. The dog phobia is driven by a belief that dogs are threatening or dangerous. Perhaps the sufferer was bitten by a dog when he was young, triggering his belief.

He’s walking down the road and sees a dog coming towards him. His belief triggers a fearful thought which in turn triggers anxiety. This drives him to cross the road to avoid the dog. That feels like the right thing to do. His anxiety disappears and he feels safe.

But when he crossed the road what happened to his belief that dogs are dangerous? It was reinforced. His unconscious picks up two clear messages. The first … “If I’m crossing the road to avoid the dog, dogs must be dangerous.” The second, when he reaches the other side: “Over there I was anxious; over here I’m not. So dogs must be dangerous”.

When he eventually comes to see me, I might ask him why he thinks he has his phobia. He’ll probably say “I was bitten by a dog when I was young.” I’ll tell him that’s not the reason at all. That was just the trigger. He has his phobia because for years, he’s been avoiding dogs.

The opposite is also true. Whenever we act in positive, productive or powerful ways, we reinforce the beliefs driving those behaviours.

This gives us a clue as to how to unwind negative feeling-behaviour patterns. We need to “accept” the feeling (understand no-one has ever been harmed by a feeling, recognise almost all feelings are “bearable” and so be willing to experience it and ‘let it be there’) while repeatedly choosing an action opposite to whatever the feeling is driving us to do. So “accept the feeling” and… walk past the dog; join Toastmasters if we’re anxious speaking to groups; if we’re repeatedly feeling low, fully engage with life despite feeling low; if we have an “anger problem” withhold the angry response; if we’re overweight stop using food to feel better and stop eating in response to a desire to eat when we’re not hungry; walk up escalators even if that causes our leg muscles to hurt or our breathing rate to rise.

If you’d like to see an example of how “accept the feeling, choose the action” can change your life, type the words “Amy Ted” into Google and watch the 15 minute video, particularly the last five minutes. Amy uses the popular name “Fake it til you make it”. It’s the same tool. The “Fake it” name just doesn’t tell you what to do with the feeling. Follow her advice. Then start taking action to resolve any limitations… and become amazingly powerful.