The Benefits of Speaking More Than One Language 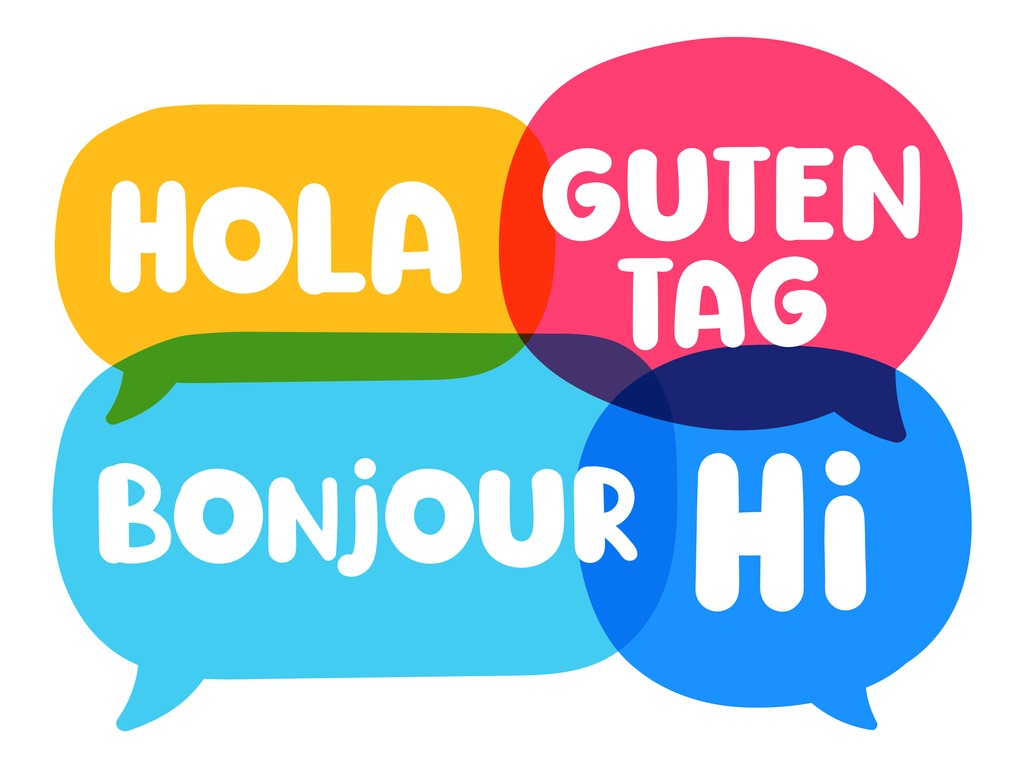 When I was in college, a friend used to say that we studied foreign languages because we were “talkative girls” and that we needed more than one language to be able to communicate. Fair enough, and not far from the truth! I have always been a social person.

Initially I took foreign language studies simply because I enjoyed travelling, and my native Italian is seldom spoken outside my country. I started with English and French, then German and more recently Spanish, because my job required it.

At the beginning it took quite a lot of effort to learn the grammar and vocabulary of the Anglo/German languages. After a while I became more intrigued by the cultural differences that emerged from familiarity with a foreign language. It is my opinion that every language mirrors the “soul” and not just the culture of the country.

Once college and studying abroad were over, I found it very easy to find a job. I was first hired temporarily as an interpreter in the international company I still work at, and after a couple of temporary contracts, I was offered a permanent position at the Press Office to help with translation of foreign language press releases. I moved up through the company because of my language abilities.

I worked with different C-level managers and directors and often acted as an interpreter. I organized and accompanied Italian delegations abroad and accompanied foreign delegations inside Italy. It was a great opportunity to visit new countries and expanded and improved my knowledge of foreign markets and politics.

I also saw well-known public figures in action. I will never forget being at the opening of the International Fair in New Delhi, India, where I was in the front row with the Italian press. I saw Rajiv Gandhi make his opening speech; a few months later, he was assassinated. There are many other highlights: Ehud Barak, the (former) Israeli Prime Minister at the Tel Aviv Fair, Bono and the Edge from U2 at the Joe Bastianich Restaurant in New York, where I organized dinners for Italian delegations. The possibility of business travel was exciting and fulfilling. I feel I have been very fortunate and privileged.

For Assistants, knowing a foreign language can help with communication and building relationships. People feel more at ease if you can speak their native language or, if you are not fluent, try to speak as much as you can. Fluency in a foreign language smooths communication between your executive and a third party when you act as interpreter, and this can sometimes be an invaluable asset for a favourable outcome of a meeting or talks.

Being a multilingual Assistant also requires a flexible mindset, and in writing, accuracy is paramount. Many times, Assistants are asked to write for or on behalf of their executives. Therefore, it is very important to know the habits and values of the (foreign) person you are writing to. In my country we are still very formal, especially in institutions. We still address people as “Mr” or “Mrs”, whereas in some countries this could be considered old-fashioned and outdated. It is important to never directly translate phrases or sayings from one language to another. Different culture = different expressions. It is very easy to make a mistake.

Being a non-native English speaker, I tell my less-experienced Assistant colleagues that speaking English is not a “plus” anymore, but a “must.” So, when approaching language learning, try to improve your skill, keep up-to-date with the evolution and learn at least one other language fluently. Some companies insist on a second language. A German company would surely hire you if you were proficient in German.

I have many colleagues and friends who speak more than one language, but I have chosen to ask questions of two of them who are bilingual: Vania Alessi, co-founder of Secretary.it, and Thiphaine Serena Grego, Executive Assistant at the National Motorways Company. They both are Italian-French bilingual on their maternal side: Vania’s mother is Belgian and Tiphaine’s is French.

I asked Vania if being able to speak a second language from birth and being so familiar with a culture different from that of Italy influenced her upbringing.

Vania: “Diversity is definitely a plus. Being raised in a multilingual environment has helped me switch from French to Italian and to quickly adapt my behavior with peers, my ‘slang’ and most of all it taught me to be very respectful of habits and ideas when dealing with people from all over the world. I loved to ‘feel’ Italian when in Belgium and Belgian when in Italy. I felt very lucky to be able to identify with both sides of my family. Many years later, this became my secret weapon and superpower, allowing me to become independent, travel and assist my executive and huge delegations of entrepreneurs as well.

“Today, the next generation of Assistants are helped by the internet, and living in a global world is even easier with social media, TV and lots of language teachers on the web. Studying at high school is no longer enough. The more you practice foreign languages, the more you open your mind, and the better it is (in my opinion). I would also encourage today’s organizations to favor reverse mentoring and conversations among teams and to encourage diversity via conversation and knowledge-sharing.”

I asked Thiphaine whether being bilingual and having studied other foreign languages was helpful in finding a job, and if it added value in her job search and career.

Thiphaine: “I spent my childhood between Europe and the East, and then as an adult, I chose a career which gave me a lot of contact with different cultures and nationalities. This has helped me to improve my emotional intelligence and to be versatile. For bilingual people, communication takes different forms. We use one language while suppressing the other or can use both at the same time depending on the situation, the speaker, and the subject.

“There are some similarities between being bilingual and being an Executive Assistant. Bilingual people must not only learn a second language but also quickly acquire knowledge to integrate into the linguistic and cultural context of their ‘second country’. An Assistant must always be ready to act quickly and be as efficient as possible in their job. I am grateful for the added value of being bilingual which has supported me in my profession.

“Bilinguals are comfortable in both their cultures, which means they are also at ease interacting with others and in social relationships. This is very useful in the role of the Assistant. Furthermore, for bilinguals, the lack of understanding on the part of the speaker is usually due to the use of the wrong language; therefore, we can look for an alternative communication solution and adapt to the speaker’s communication. Personally, I will always encourage multilingualism and multiculturalism without being afraid of not belonging to a specific culture or identity, but rather using them as tools for enhancing personal connections, listening, and sharing.”

I agree with both Vania and Thiphaine. The process of studying, learning and speaking different languages has been a great help in developing my emotional intelligence. Diversity has never been threatening for me; it was a natural state of mind. But I am not done yet: When I retire, I want to take up studying Russian. One of my oldest college English teachers once said to me, “Learning English is like playing tennis, but learning Russian is like playing chess”, and this sounds like a promising new challenge.