Spice Up Your Life 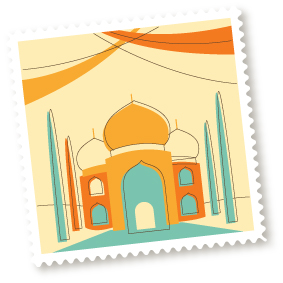 Providing cultural awareness tips and guidelines on any country is fraught with challenges. Nobody likes to hand out information that is taken to apply to a whole nation or culture simply because the reality on the ground is multi-faceted, flexible and fluid. Nowhere is this more true that with India. In such a complex and colourful tapestry of a country it is very difficult to impart generic conclusions that can be used by those doing business there.

Regionalism, religion, language, caste and international exposure are all factors that need to be taken into account. Behaviour, etiquette and approach are all modified depending on whom you are addressing and the context in which they are being addressed. However, most people doing business in India will do so in the main cities of commerce, such as Delhi, Mumbai, Bangalore and Hyderabad, and with a particular socioeconomic class. This short guide to working in India will explore a few cultural facts and their influence on business culture and etiquette. These are in no way meant to be an allinclusive summary and the author encourages anyone seeking further information to do their own supplementary research.

Of all the cultural influences that most affect Indian business culture, hierarchy plays a key role. With its roots in Hinduism and the caste system, Indian society operates within a framework of subliminal hierarchy that defines people’s roles, status and social order. For example, within companies manual labour will only be carried out by the peon (roughly equivalent to a runner) or tea made by the chai walla (a la Slumdog Millionaire). It is not uncommon for the moving of a desk to take a few hours. This is because nobody in the office will carry out the task but the peon, who may be otherwise engaged. Within this system always be conscious of who you are dealing with and why. Senior colleagues and especially elders are obeyed and respected without question. Discussions are almost always lead by the most senior person present. Similarly decisions will rest with the highest-ranking business executives. Don’t expect others to make those decisions in their absence and always try to build strong relationships with senior figures in any Indian business.

Meeting etiquette simply requires a handshake. Indians themselves use the namaste but this would not be expected of a foreigner. This is where the palms are brought together at chest level with a slight bow of the head. Names speak volumes about an Indian’s background. For example, a Singh will nearly always be a Sikh. The suffix jee ( as in Banerjee) is a sign of a high caste. Kar (as in Chandraskar) denotes that person is of Maharashtan caste. Arabic sounding names will be usually be those of Muslims.

When addressing an Indian who you know personally, always use the appropriate formal title, whether Professor, Doctor, Mr, Mrs or if you do not know their names then Sir or Madam will suffice. Business cards should be exchanged at the first meeting. It is a good idea to have it translated on one side into Hindi, more as a sign of respect as opposed to linguistic necessity. Be sure to receive and give with your right hand. Make sure the card is put away respectfully and not simply pushed into a trouser pocket.

Getting along with business in India involves building relationships. Indians only deal favourably with those they know and trust – even at the expense of lucrative deals. It is vital that a good working relationship is founded with any prospective partner. This must take place on a business level – demonstrating strong business acumen. And at a personal level – relating to your partner and exhibiting the positive traits of trustworthiness and honour.

Meetings should be arranged well in advance. This should be done in writing and confirmed by phone. Avoid meetings near or on national holidays such as Independence Day, Diwali or either of the two Eids. If you don’t like heat then arrange to go between October and March.