Running an event when the earth keeps shaking 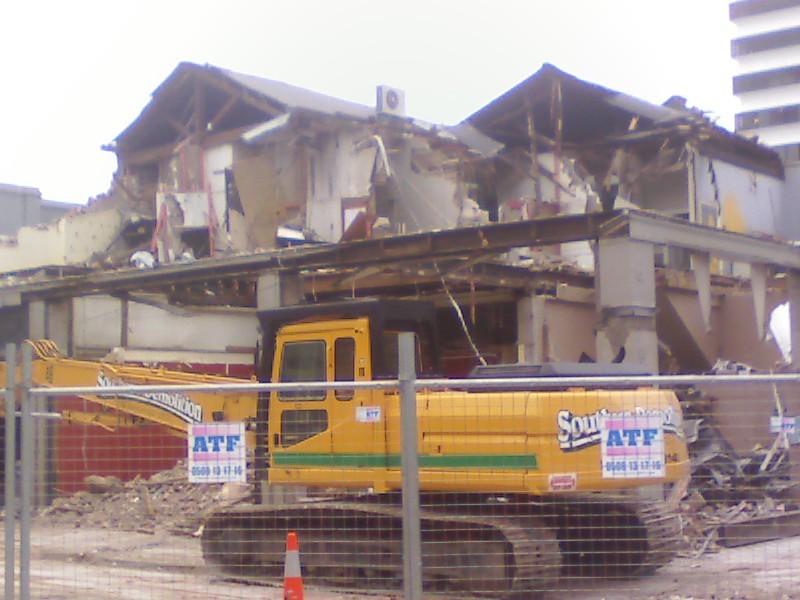 On 4 September 2010 Christchurch, Canterbury, New Zealand was hit by a 7.1 magnitude earthquake, which caused major damage in the city.

I run a business training administrators and the highlight of our training year was the Southern Secretarial Summit, which I’d been running for seven years. This was a hugely successful conference that attracted over 100 administrators from all round New Zealand.

When the earthquake hit we were six weeks out from running the Summit. Aftershocks continued to rock the city day and night. Some were baby ones and others forced you to take cover under the doorframe or a table, hanging on for dear life while your heart thundered in your chest. However, Cantabrians were doing what they did best. Getting on with it and coping the best they could. Earthquakes would not dent our confidence or prevent us from living our lives.

One day out from the Summit everything was organised and we were on track. My PA and I had some things to pick up from the mall. We were in the supermarket when Wham! the ground started shaking, shelves and lightshades swayed and cans hit the floor. The stress of organising an event under such tiring conditions had finally hit me. And there in the middle of supermarket I had a meltdown! The ground was shaking and I was shaking. It wasn’t the earthquake itself that had bothered me, but it was the straw that broke the camel’s back. While my PA comforted me and supermarket staff offered me a cup of tea (tea seems to fix everything!) life was still going on. News travels fast and within moments my cell phone was ringing and beeping as texts and emails were coming in. And they all had the same message –were we still having the Summit? We had just experienced the biggest aftershock since 4 September (5.0 magnitude, 9 km deep). Power was knocked out in the city and buildings were evacuated.

We had to make a quick decision. The implications of not having the Summit were huge, but we had to consider that this was a serious situation that ultimately could affect people’s safety. We took the risk and let everyone know the Summit was still on and we looked forward to seeing them tomorrow! Some registrants withdrew even though they knew they wouldn’t get a refund.

My PA and I checked into the hotel (on the 19th floor – gulp!) and wondered whether to laugh or cry at the torch beside the bed (to help guide our way out of the hotel in the darkness if the power went off). We were exhausted from the day’s events, but still on high alert. I hoped and prayed that our Summit would go off without a hitch and the earth would be kind.

On the morning of the conference registrants arrived excited, but a little apprehensive.

At the opening the MC did a great job at explaining what the hotel required us to do if an earthquake struck. Take cover and DO NOT evacuate the building until the all clear was given.

At 9.30 am we had our first earthquake. Most people felt it, but everyone remained calm. And that, I’m pleased to say, was the only earthquake we had throughout the event.

What do I learn from running an event in a seismically active city?

This needs to cover many things including ‘Acts of God’. These will happen when we least expect them, but ensure that these risks have been identified along the likelihood of it happening and the consequences if it did happen.

We were lucky enough that the venue wasn’t affected, but having a back up in mind would help if your main one becomes inoperable.

As you register people for your event add them to a group email. This way if you need to contact them quickly you’ve already set them up and with a click of a button the message is out quickly.

Make sure everyone has a clear understanding of the emergency procedures.

Ensure it’s quite clearly stated on your registration information what the cancellation policy is.

Forward thinking and having robust plans in place will help you to manage those ‘Acts of God’ that may happen in an event. As an event manager it was a different experience and one I hope I don’t have to repeat any time soon!

Planning and Moderating a Virtual Meeting

Getting Started with Hybrid Events

How to Make Your Events More Sustainable