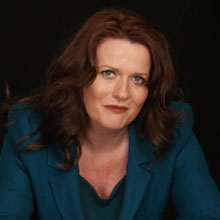 It is with great sadness that we announce the untimely death of Susie Barron-Stubley. Our thoughts and prayers are with her family and friends.

Susie Barron-Stubley, was one of the most recognizable faces on the administrative professional training circuit in the last 10 years. She coached and trained thousands of EAs & PAs around the world, from Beijing to Bangkok and Shanghai to Singapore. She had a passion matched by few for the professional and personal development of PAs & EAs and had worked with some of the highest level and most influential Executive PAs and Assistants in the corporate, government and celebrity fields.

Susie touched the lives of thousands of Assistants through her innovative and groundbreaking training, which was widely regarded in the industry as some of the best training for Assistants in the world.

As a tribute to Susie, we are re-publishing our profile of her, first published in January 2012

Born in Hampshire, the younger of two girls, Susie’s older sister was the academic one. In contrast Susie was not a high achiever. Packed off to Secretarial College at 18, her parents’ expectations were that maybe at some point she would marry a doctor or lawyer, but in the meantime, secretarial college in Winchester was a good option to keep her out of trouble.

Dame Fiona was not only Head of the National Trust, but also an ex-minister and mother of three. When Dame Fiona took over the Trust in 2001, there were 2.7 million members. Last year there were 3.8 million members – more than any other charity. Her curriculum vitae also included two and a half years as director of the Women’s Unit in 10 Downing Street. She was the ultimate role model and inspiration for a young Susie.

Barron-Stubley suddenly found herself thrust into a top level, high profile world dealing with the Trust’s Patron – the Prince of Wales and Dame Fiona’s personal friend -Tony Blair. Despite relishing the challenges that the new job brought, Susie admits that it was deeply intimidating. After many months of looking around for support, Susie very quickly realized that there wasn’t any. There were two day courses on how to be a PA and on the technical aspects of the role, but nothing for an EA at her level.

Realizing that she wouldn’t be the only one looking unsuccessfully for support at this level, she took her heart in her hands, resigned from her dream job, retrained as a coach and started her own company. Running alongside her administrative career, Susie had spent 10 years providing voluntary non-judgmental support as a mentor. In her twenties, she had also taken a year out and studied women’s studies so her business pulled all the strands of her passions together.

Starting as purely a coaching business, reoccurring themes quickly emerged and now, seven years on, the courses that Castalia runs are based on the themes and realities that her delegates have shared with her.

Susie feels exceptionally fortunate. She is ridiculously in demand and her work has taken her all over the world. This puts her in an almost uniquely privileged position through which she has a true insight into how EAs are developing across a huge variety of cultures. She is frustrated that the role is still so intrinsically focused on its female element. The inevitable result is that how women are viewed in each culture has a huge impact on the EA’s ability and freedom to develop the role, meaning that what the job title means can differ enormously dependent on the culture. Meanwhile, Susie’s ethos is to ensure that she is supporting and enabling administrative professionals from every culture in which she trains to work to the peak of their ability.

What inspires Barron-Stubley more than anything else are the emails she receives from assistants who suddenly have a revelation about their value to their companies and find their confidence. However, working predominantly with women because if the nature of the role, Susie gets frustrated that these women that have such a high commitment to their roles and yet are so consistently undervalued.

‘The level of support that most of them provide is way out of proportion to their salary levels, especially when compared to the earning levels of the executives that they support. There is an enormous gap’ says Barron-Stubley

This motivates her to challenge the established boundaries of what it means to be an assistant. Her training focuses on the need for an Executive Assistant to be more than just a support worker, thinking more in terms of presenting as a strategic business partner. She gives them permission to do this.

‘Most of my assistants have amazing talents and competencies that are not being used to anything like their full potential’ she tells me. ‘There is a deeply embedded legacy as to what the role is meant to be. 20 years ago, secretaries were the only ones who knew how to type. This is now a skill that is available to everyone so the evolution of the role has been dramatic, but the perception within businesses has often not changed – especially amongst other staff.

The assistant needs to influence their executive to use them to their full potential. They need to have faith and confidence in their ability to provide full strategic business support for their executives. They should be one of the most important colleagues in their executives’ business lives. 99.9% of the time, the ability is there but the confidence is not. They need to develop their ability to influence the business partnership to a point where they are empowered to give the input that they need and deserve.’

Susie maintains that the world’s top assistants have strong leadership skills and are strong influencers and collaborators. They must be able to set deadlines and expectations amongst their senior executives whilst understanding and constantly challenging their belief structures around their role. EAs need to make their own shift towards the transition of becoming a full business partner. Because everyone now has the historical skills, it is the leadership and influencing skills that will determine the best assistants in the world, regardless of their culture.

Barron-Stubley continues to develop new courses as the role expands. Every course carries new, relevant content in order to keep up with the rapidly developing environment. She is about to publish a book aimed at managers, rather than assistants, recognizing that in not one of the numerous recognized business qualifications available does it train a manager how to work effectively with an assistant. And this year, she will be traveling even more than before – it looks like a very busy year.

Early in 2011, Susie was invited to speak to 30 young women entrepreneurs at Brunel University about setting up a business and how she did it. It was one of the highlights of her career.

‘To be able to inspire just one young women to set up her own business like I did and take control of her own destiny is such a privilege’ says Susie.

‘I am very lucky that my work is also my hobby. I love it. If I won the lottery tomorrow, I would keep doing exactly what I’m doing now’

There is no doubt that assistants all over the world will be very pleased to hear it.