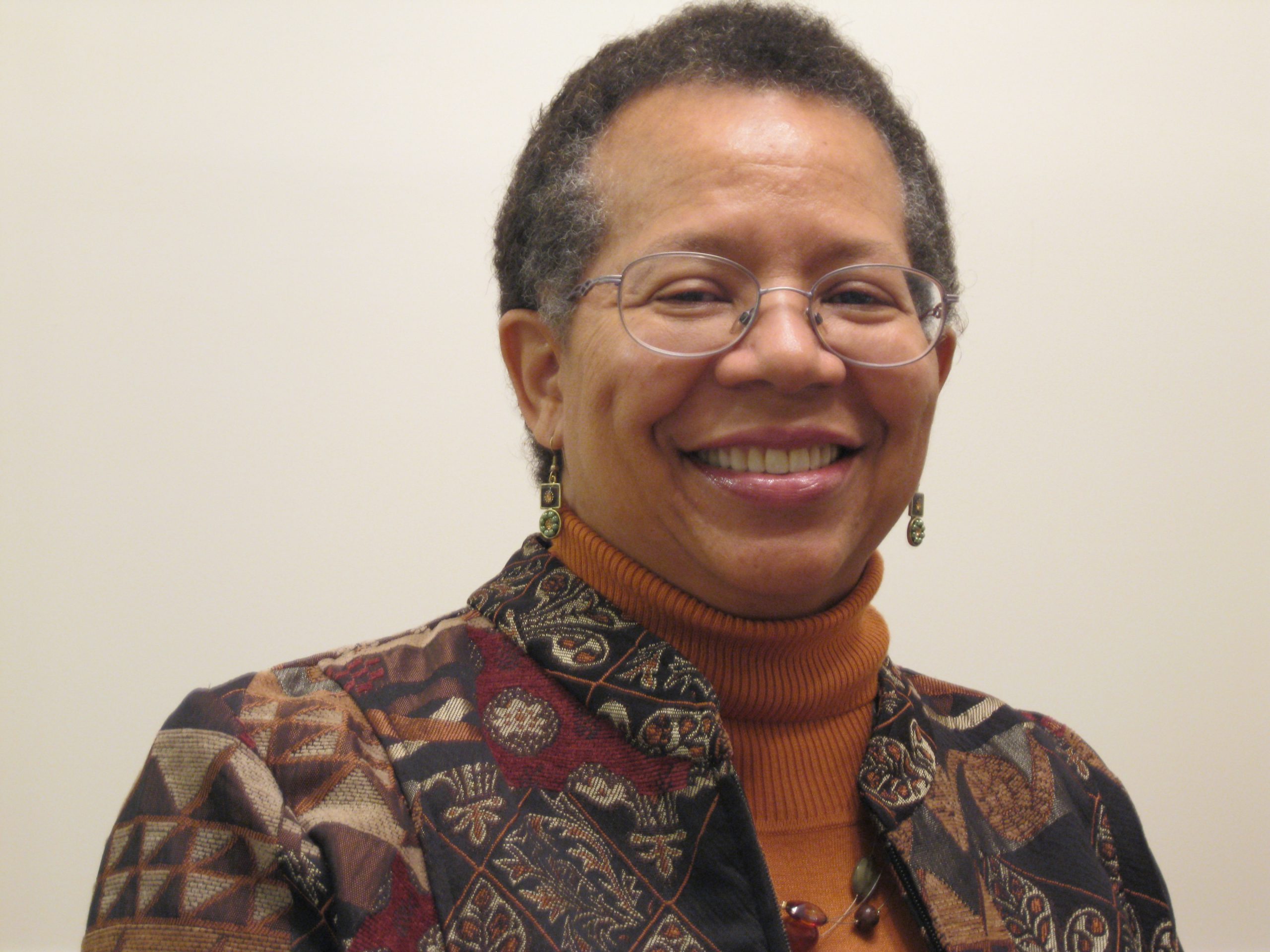 Patricia May is Director of Administration of the American Library Association, visionary leader, mentor and stalwart of the IAAP

I was born and raised in the Norfolk area of the state of Virginia. My father was an enlisted man in the Navy and served 27 years before retiring as a Master Chief. I am the second oldest of six siblings (five girls and one boy). We enjoyed the rare opportunity for a Navy family of being able to stay in one location for 18 years. I was able to graduate from high school with friends I’d known since elementary school. In my own Navy career, I’ve lived on both the east coast and west coast of the United States. I currently live just outside of Washington DC in Arlington, Virginia and commute into Washington where I work as the Director of Administration for the American Library Association’s Washington Office.

I graduated third in my High School class and went on to graduate Cum Laude from Ohio University in Athens, Ohio with a Bachelor of Arts degree in English Literature. Prior to graduation, I was accepted into the Navy’s Officer Candidate program and was commissioned an Ensign in 1972. My first duty station was at the US Naval Academy in Annapolis, MD, where I taught Speech and English. I was one of the first three women instructors at the Academy which at that time had an all-male student body. For the rest of my 21 years in the Navy, I served, among other assignments, as a Personnel Officer, an Administrative Officer, and as a Strategic Intelligence Officer. During one of my assignments, I was able to earn a Master of Science degree in Organizational Psychology at the University of New Haven in New Haven, Connecticut by taking evening classes for three years. I retired from the Navy with the rank of Commander. I am a voracious reader, and I love to write. Years ago I had three short stories for children published in children’s magazines. I also love Broadway musicals and classical music and have sung soprano in church choirs for over 40 years. I have been a widow for 23 years and have a 31 year old daughter.

I entered the administrative profession in an unusual manner, as you might have guessed. I found that I thoroughly enjoyed my Personnel (now called Human Resources) and Administrative Officer duties while on active duty in the Navy and wanted to stay in that professional field. So during my last few months in the service, I applied for administrative managerial positions in non-military organizations and was hired as the Officer Manager of the Washington Office of the American Library Association (ALA) in 1988. As the Office grew from a small staff of 10 to an office with a broader scope of responsibility and larger staff, I was promoted to Assistant Director of Administration and promoted again to my current position as Director of Administration. I will have been with the ALA for 27 years in October.

You are best known as a mentor to many Assistants through your elected officer positions in your IAAP chapter and division. Why did you join the IAAP and how has it changed your working life?

In 2003 I was looking for something that would motivate my administrative staff to take pride in their profession and to move beyond their daily routine, a routine that did not involve self-improvement. So I searched for a professional organization that would provide such an incentive. From my military background I knew that education and the successful application of knowledge were the keys to promotion and career advancement.

Of the organizations I researched, the only organization I found that provided such opportunities was the International Association of Administrative Professionals (IAAP). Through its Chapter and Division hierarchy, it provided opportunities for its members in leadership, planning, and teamwork. It also had ample training and education opportunities through workshops and conferences and opportunities to practice and apply what had been learned. I joined first to set the example for my staff and then, with the monetary support of my boss, offered to pay the membership fees of my administrative staff as a benefit, and encouraged their full participation in the Chapter they joined.

Through my own membership, I’ve expanded my friendships and professional contacts beyond the limitations of my small working environment. I’ve been able to call upon a vast network of knowledge, expertise and advice, and in doing so have benefitted my organization in its application and expanded my own professional development.

As a mentor you have changed the working lives of and been an inspiration to many Assistants. How did you come to take on this role and what do you think the main benefits of the mentor/mentee relationship are?

I did not consciously take on this role of being a mentor. I, in fact, did not realize that my association with many of my IAAP friends was considered mentoring by them until they expressed their feelings to me. I have always felt that those who have been successful in their field owe it to those coming behind them to share what they have learned and be proactively and positively responsive to perceived needs. My 21 years in the Navy were full of many unique challenges from being a female in a predominantly male environment on top of being a minority officer of color. Some of these challenges were so overwhelming that were it not for the support of my husband, who himself was an officer in the Marine Corp and who was my greatest mentor and champion, I would have quit the Navy early in my career. My experiences would have been wasted had I not shared with others what I learned and provided encouragement to those facing career and professional challenges of their own.

You have just been awarded the Division Member of the Year for the Delaware/Maryland/District of Columbia Division for your tireless work for the IAAP and the profession. How important do you think Associations and networks are to the career of an Assistant and why?

There is a favorite poem of mine by John Donne that starts “No man is an island entire of itself…”. To me this means that none of us live in a vacuum, and true success is not achieved by singular efforts alone. The Administrative Profession has long been held in low esteem by others. The only way to change such perceptions is through the concerted, joint efforts of those who share the values of the profession and who have a stake in ensuring that opportunities for continued and consistent improvement are made available to all who aspire to be the best. This is done through active Association memberships and applied networking. Doctors, lawyers, teachers, librarians, and other work groups have associations dedicated to their professions. And I’m willing to bet that if you selected the most successful people within these groups and examined their work credentials, you’d see association memberships as a key part of their curriculum vitae.

The IAAP, like most Associations is making sweeping changes currently in order to attract a new generation of Assistants. What would be your best advice to those who will take this forward?

Don’t be afraid of change; embrace it. There are too many examples out in the real world of businesses that have failed by ignoring the “winds of change” and by not taking advantage of new concepts, ideas and innovative ways of doing things. Be open to these new things and don’t be afraid of failure, because failure is a learning opportunity, too.

When I first started work with ALA, we were still using carbon paper, mimeograph machines, and electric typewriters and word processors. Clearly, and as expected, we will continue to see advancements in communication tools and means of exchanging information. But the most significant change I have seen is in how Administrative Professionals are used in the business world. No longer are they simply expected to do as they are told, but are now expected to provide input to decision making and to take on greater roles and tasks that were formally considered the purview of middle management. Those who now succeed in the profession are those who exercise their intelligence and actively strive to be valued members of the office team.

I am a book addict and I like to read all types of literature. But I particularly like to read about people who have overcome challenges or have helped others to do so. I am inspired by people who have repeatedly failed in their attempts to achieve a particular goal and have eventually succeeded in spite of all odds to the contrary, overcoming their fears and the low expectations of others.

Give serious thought to your career planning. Set realistic goals for yourself and the steps that you need to take to achieve those goals. Review these goals often and on a regular basis; doing this will keep you motivated and on target. Above all, invest in continuing education. Even if your employer can’t or won’t support you monetarily in your education efforts, you must find ways to invest in yourself in order to stay competitive. And finally, read, read, read, and keep on reading. Stay on top of what is happening in the field or you will be left behind.

So what’s next for Patricia May? Where do you want to be in 5 years’ time?

I am coming to the end of my career and I am planning for that great retirement event which I hope will happen in three years’ time, ending 30 years with ALA. Because I’ve held a job of one sort or another since coming of legal age to work, I am not capable of “not” working, so I know I will have some sort of part-time or volunteer work to keep me going in retirement. In between that, however, I will be devoting time to completing a research project on a historical family that I’ve been fascinated with for over 20 years and, hopefully, will get an article published about them.