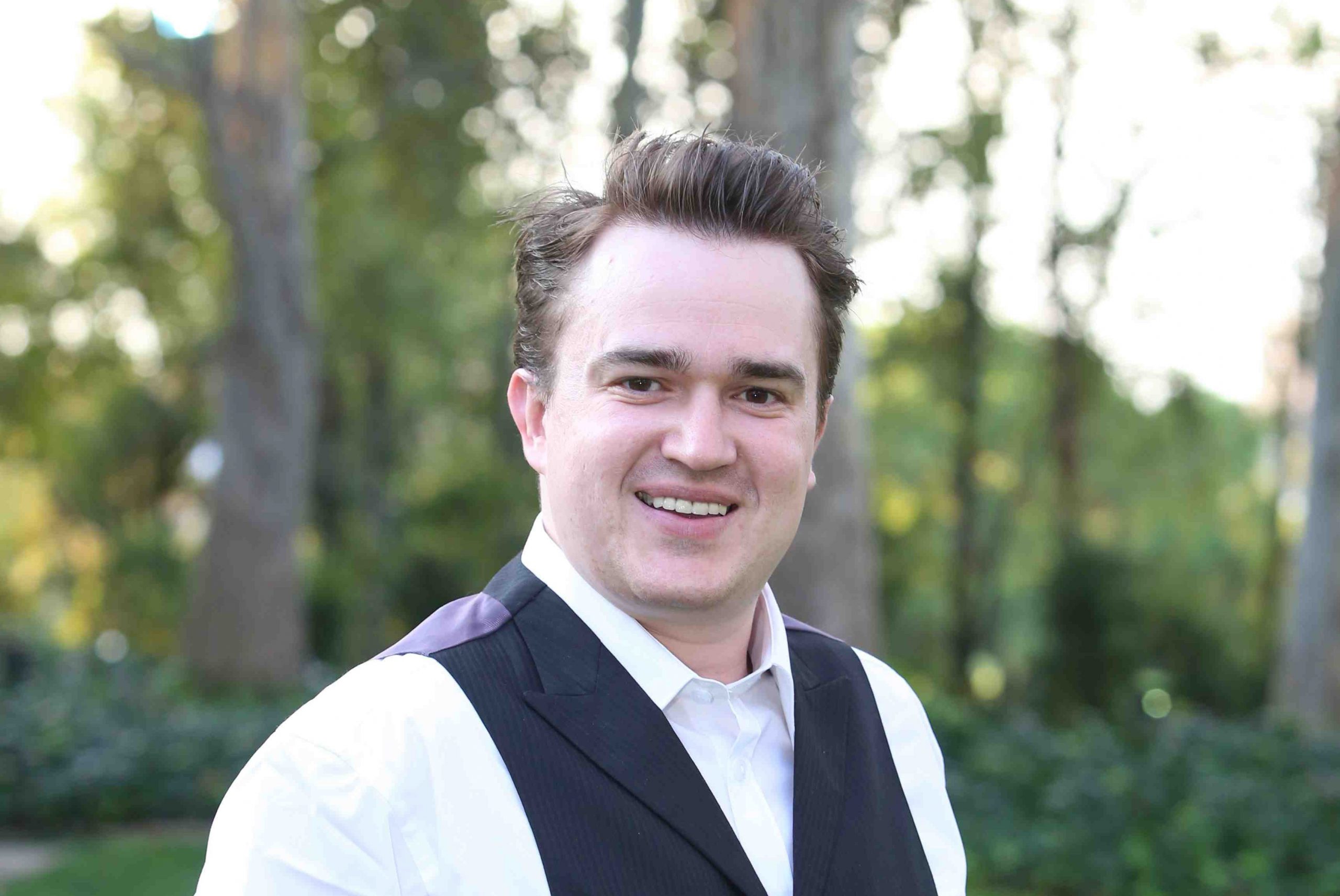 I have lived in Shepperton, which is just outside London in the UK for my whole life – born and bred so to speak. I went to the local school and college in Shepperton and Weybridge. During my time at college I studied media studies. When I finished college I was able to get some experience working in the media industry. Like most young people I was unsure what I wanted to do career wise and so before getting my current role I will still trying to decide. I currently work at Executive Secretary Magazine as Lucy Brazier’s Personal Assistant – finally I have found the career for me.

What is your work background?

My first “job” like many of us was a paper round. Somehow I managed to persuade my mum to help me and drive me to each house to deliver the papers every morning. Cheeky but even then I knew how to delegate and organise people. When I was studying at college, I started a weekend job at the local garden centre. Though the job was not much fun, the stories and laughs I had there, not just with the customers but with the staff kept me going for the years I was there.

Once I left college I had the opportunity to work in the media industry part time until September 2009 when I bought into a local taxi firm with my dad. I started working there and entered the world of business at the age of 20. I am still currently a co-owner but only get involved when needed. This is how I came to know Lucy and the world of Assistants, as I became heavily involved in the local Chamber of Commerce.

You are best known as Lucy Brazier’s Assistant. How did you come to be doing this role?

I worked with Lucy at the local Chamber of Commerce on a voluntary basis for just over a year. Lucy was looking after PR and Marketing and I was the Secretary. Over the year we created a great working relationship. But a few months before Lucy and I started at the Chamber of Commerce, we met in the taxi office one evening when I was working and Lucy was looking for a cab home. After talking it turned out that Lucy had known my Dad for some years before. I think she could secretly tell I wasn’t happy spending my weekday evenings working in a cab office so she started asking me what sort of career I wanted. I always wanted to get into events – thanks to a module on the media studies course I was bitten with the bug of event planning. Lucy, having so many great connections, offered to try and get me involved with an events company. Our working relationship built from there: a conversation on a weekday evening in a cab office.

At this point Lucy had just started publishing the magazine. After a year on the Chamber of Commerce Lucy stepped down and asked if I would be interested in working with her on the magazine. Without hesitation I said yes! When I first started this role I worked two days a week on admin. As time went on and the magazine became busier, I then went full time with Lucy and was offered the role as Lucy’s assistant.

What are the main challenges of working in your role?

There are lots of challenges such as making sure magazines get to events on time, especially when they are overseas. Making sure Lucy’s travel is always arranged and correct wherever she goes to. This can be very difficult at times especially if she needs to be in multiple places on the same day. As time has gone on I have become more aware of how these things work and have been able to do these tasks more easily and efficiently. I’ve also learnt how to think on my feet a little more.

I also feel like I have become an additional member of Lucy’s family as we work from Lucy’s home. This is sometimes a challenge in the sense of ensuring that when its work time, it’s time to work and not playing pranks on Lucy’s sons. Recently we threw a whole bag of stress balls into eldest son Marcus’ bed ready for when he got home. SURPRISE Marcus!

Tell us the gossip – what’s it really like working at Executive Secretary?

It’s great working at Exec Sec, we have a brilliant team and working from Lucy’s is a lot of fun. At times, especially around the time of events, it is very stressful. We are all walking on egg shells a few days before as we are all so tired and stressed but when the event comes it really pays off.

One thing that Christian, Rachael and I have all wanted at the Exec Sec office for a while is a Llama, maybe as a pet or a mascot. We keep asking Lucy but have had no luck yet. We have a name picked out and everything. The best thing about working for Executive Secretary is the sense of family. I have the older sister and brother I never had in Rachael and Christian and a great auntie figure in Lucy – the pub lunches are also a good perk.

You have overcome huge adversity in the early years of your life to be where you are now. Can you tell us a bit about this and what lessons it taught you?

I was born with an illness called biliary atresia. As a result of this I ended up having two liver transplants, the first when I was around 1 and the second when I was around three. Both of them were performed at Addenbrooke’s Hospital in Cambridge. It was a challenging time, mostly for my parents as I don’t remember too much of it. Nowadays everything is working well, I still have to take medication twice a day which I will have to do for the rest of my life I also have to go back to Addenbrooke’s Hospital yearly for routine check-ups.

As this all happened when I was so young, I don’t really feel like I have “learnt” from it as such. I guess what I take from this experience is that having two liver transplants does not define who I am – it’s just something I have. I guess I try to live my life to the fullest as I know how short it could have been.

We know you are very involved with the local business community in Shepperton as well as with fundraising for several charities. What does this add to your job role and visa versa?

I started my fundraising a few years before I started working for Lucy.  Cancer Research UK was my chosen charity, because it is such a big thing and affects so many people’s lives. I also lost my Nan to breast cancer before I had the opportunity to meet her. In my last year of college I hosted an event as part of our final project. The skills I learnt from these fundraisers helped me to be organised, motivated and helped to open my eyes and be who I am today.

During the flooding and extreme weather conditions here in the UK a couple of months ago, you were at the forefront of the local rescue efforts, appearing several times on national television and in newspapers as a spokesperson. How did you come to be doing this?

Shepperton and the surrounding area of Spelthorne were some of the worst hit places around the country. I and my partner Kayleigh decided to create a Facebook group to help update people locally with information on the flooding situation (Shepperton Flooding Updates). Within a few days of the group being formed it hit over 5,500 members.

Many local and national newspapers and TV stations called me, asking for interviews. It was a hectic time but luckily Lucy was very understanding and gave me some days off to help volunteer. It was a stressful but rewarding time.

I do what I love. That’s what motivates me. I enjoy my work and so it’s not a chore. Meeting people at the height of their game and seeing the amazing opportunities that are out there really inspires me. I want to be able to obtain these opportunities too. Plus seeing business owners like Lucy who work non-stop for something they are passionate about. It’s contagious really. Being surrounded by people like this motivates me to do better and push for the things I want out of life.

The main highlight of my career while working with Lucy so far was definitely Executive Secretary LIVE, back in March 2013. This was the first time I had seen and organised a conference to this scale.

This conference for me personally was truly an eye opener and a life-changing time for me. I had never seen or worked on anything on this scale before. The events I had done before were a lot smaller and mainly local. One of the things that stood out and really made this event so amazing was the calibre of speakers and content that was delivered; from listening to this I learnt that I really am capable of anything.

At the end of the event myself and Christian who were working alongside Lucy received a standing ovation from delegates. It was wonderful to know that people from all around the world had appreciated the work that we had done.

Make sure you know what the job entails. So many people get into the role of an Assistant/PA as a stop gap kind of job instead of a career.

Make sure you have up-to-date skills on all areas you need in your job such as Microsoft office, filing, being able to arrange your bosses’ travel. These are just some of the many skills you will need to be able to do your job.

The main point I would say is to make sure that you create a positive dialogue with the person you are working with, if you can’t secure this type of working relationship early on in the job then the role will never work out long term.

So what’s next for Matthew Want? Where do you want to be in 5 years’ time?

I have recently started up a local networking group which I hope to grow and turn into a bigger and more successful organisation. It still surprises me that very few companies network regularly. I hope to start travelling more with Executive Secretary and learn how to speak at conferences about the PA industry.

Hopefully I’ll still be working with Lucy and Executive Secretary growing the magazine, and in charge of the office empire! Plus by then Lucy may have agreed to let us have a llama or two. Watch this space!