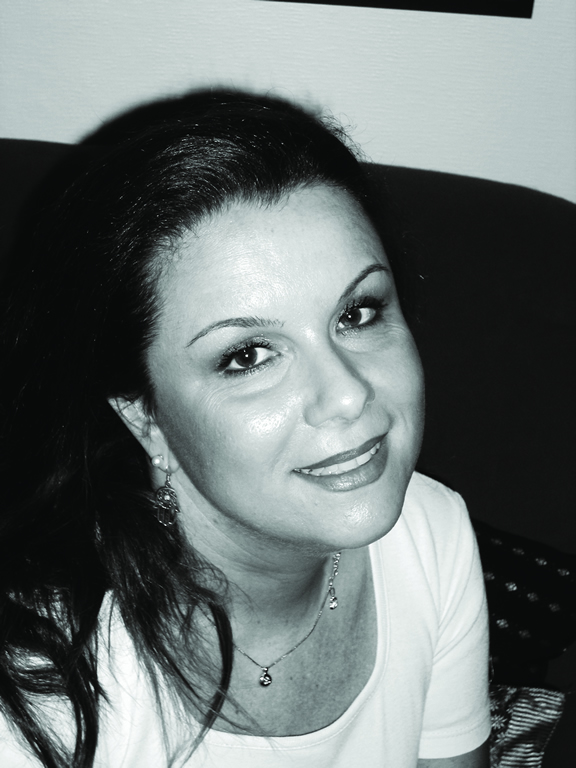 Mariachiara Novati is the President of MACSE Italia

Can we start with a little background information – where do you live, what do you do as a job, and what motivates and inspires you?

I have lived in Milan since 1995, but I come from a small village in the country. I took my degree in foreign languages in one of the oldest universities of Italy, in Pavia and then I moved to the centre of economy and fashion, Milan.

I started working as Scientific Secretary in an Oncologic Centre. While working I took my first masters in Human Resources Management in 2001 and then I decided to study what a Manager Assistant did in different companies, because I began to notice that there were a variety of activities under the job title of “assistant” and I wanted to understand all of them.

For this reason I changed job every two years covering different roles such as Personal Assistant, Office Manager, Legal Assistant and doing this I improved my knowledge and met lots of important and charismatic people.

In 2005 I moved to Singapore with my husband where I lived and worked until 2007.

My last job was as the Senior Executive Assistant to the CFO at the most important financial newspaper in Italy and during the 3 years I worked there I took my second masters in Marketing and Communication Management.

In 2007 I published a book about the role of the assistant under the pseudonym Annalisa Vergani because I wanted to leave a written testimony about how this role is seen in Italy and the situation we live in every day at the office.

I used a pseudonym to put a distance between me and the things that happened. The purpose of the book was to underline behaviours that are not acceptable either in the office or at home with humour and irony (taking it seriously would be a real tragedy!) hoping that in the future nobody has to suffer these kind of things.
Our role in Italy is usually considered demeaning and unprofessional and in the book, the title is “Vita da segretaria” – A life of a Secretary, the reader can smile at the short stories lived by a woman who has held several posts as secretary/assistant and the humiliation and difficulties faced in each one.

The main protagonist is a woman of an integrity that is not so easy to find: one woman’s battle I am proud to say, who stood her ground even if that meant risking her job and opportunities to progress on several occasions.

My motivation comes from all these years of experience and now I want to help the new generation of Italian assistants to understand the importance of their role in the companies they work for.

I want to send a distinct message to you all – to hold on to your dignity. If your environment makes you feel intimidated and inadequate, the chances are that YOU are not.

Regarding my inspiration I really don’t know where it comes from, but what I know is that I never give up.

Every day I wake up aware that Italy is one of the last countries in the world with only the 45% of women working and the 27% coming back to job after their first baby.

I want to be one of the people who will give a contribution to changing this situation.

What do you consider to be your biggest achievements in your career so far?

After almost 20 years I changed so much as a person and as a professional but what I am really proud of is that now I am considered “deadly effective” and more importantly, a point of reference for my colleagues inside my company and outside too as President of the first Italian association dedicated to Manager Assistants, MACSE Italia .

For me it is a point of honor always being available to help and give an answer when requested. This is the reason why I strongly support continuous learning. We must always be up to date.

You are in charge of a new organization in Italy for administrators. Tell us a bit about it. What will be your priorities?

MACSE Italia is the first Italian association existing in my country and it has been completely created and built by Manager Assistants. MACSE Italia is the result of our experiences and professionalism. We aim to put our knowledge at our younger colleagues’ disposal. The idea at the basis of this new born association is sharing through networking: all the Manager Assistants are involved in different initiatives that we organize and every contribution is welcomed. Networking is our strength together with the possibility to organize specialized training courses through which we can obtain more acknowledgment and importance in our companies. We think this is a unique opportunity because skills empowerment is the beginning of a great career development.

Why do you think these types of organizations are useful?

In Italy it isn’t usual to assemble in associations or similar organization. If you look at our political arena you will understand; we have so many parties to represent our distinctiveness.
We stick together only for soccer.

But I believe in the power of being a group because we can share experiences, understand we are not alone, learn from others and last but not least, in any situation, a group is stronger than a single person.

Who has been the biggest influence in your work life so far and why?

I don’t have a particular mentor, but I always looked at strong and courageous women as an example for me. They all meant something different but important in my personal development.

But there is a sentence that I always remember, especially in difficult situations, “always keep your economic independence” It was my mother who said it. There are still too many women out there that are disadvantaged due to the fact that Italy is still very male dominated.

If you could offer someone just joining the profession one piece of advice as to how to succeed in their career what would it be?

I think that in our career, having a strong cultural background is very important. The next generation of assistants must have graduated, preferably with a masters; they must speak at least two foreign languages and following a continuous training path.

I strongly believe in skills empowerment to develop a satisfying career and in the meantime, you keep your mind exercised and younger.

What do you think has changed the most for the secretarial industry since you joined it?

I obtained my first job in 1992 and only after several years did I understand that I had the privilege to work in a very advanced company. I had my personal computer, the possibility to use the newest programs available on the market and Internet at my disposal.

For me the revolution/evolution from “secretary” to “assistant” had already begun if we look at the technical side. My boss could write an e-mail on his own!

For this reason my duties were not only administrative. I had a secretarial pool to manage; my name was on some important articles that my boss had written, as proof-reader; I was responsible of data managing and I was only 27 years old.

The other revolution/evolution, the challenging one, is still in progress. Manager Assistants are more and more involved in people and information management. Very often they are problem solvers, project and program managers, they control and supervise many aspects of their boss’s life and can take many responsibilities because they now have the technical skills and the abilities to do it.

In my opinion, in the future, we are going to become more managers and less assistant.

So what next for Mariachiara Novati? Where do you see yourself in 5 years’ time?

I tell you the same thing I said last year during our first National Conference: I see myself President of MACSE Italia with 5000 associated Manager Assistants! Subscriptions are open!!!