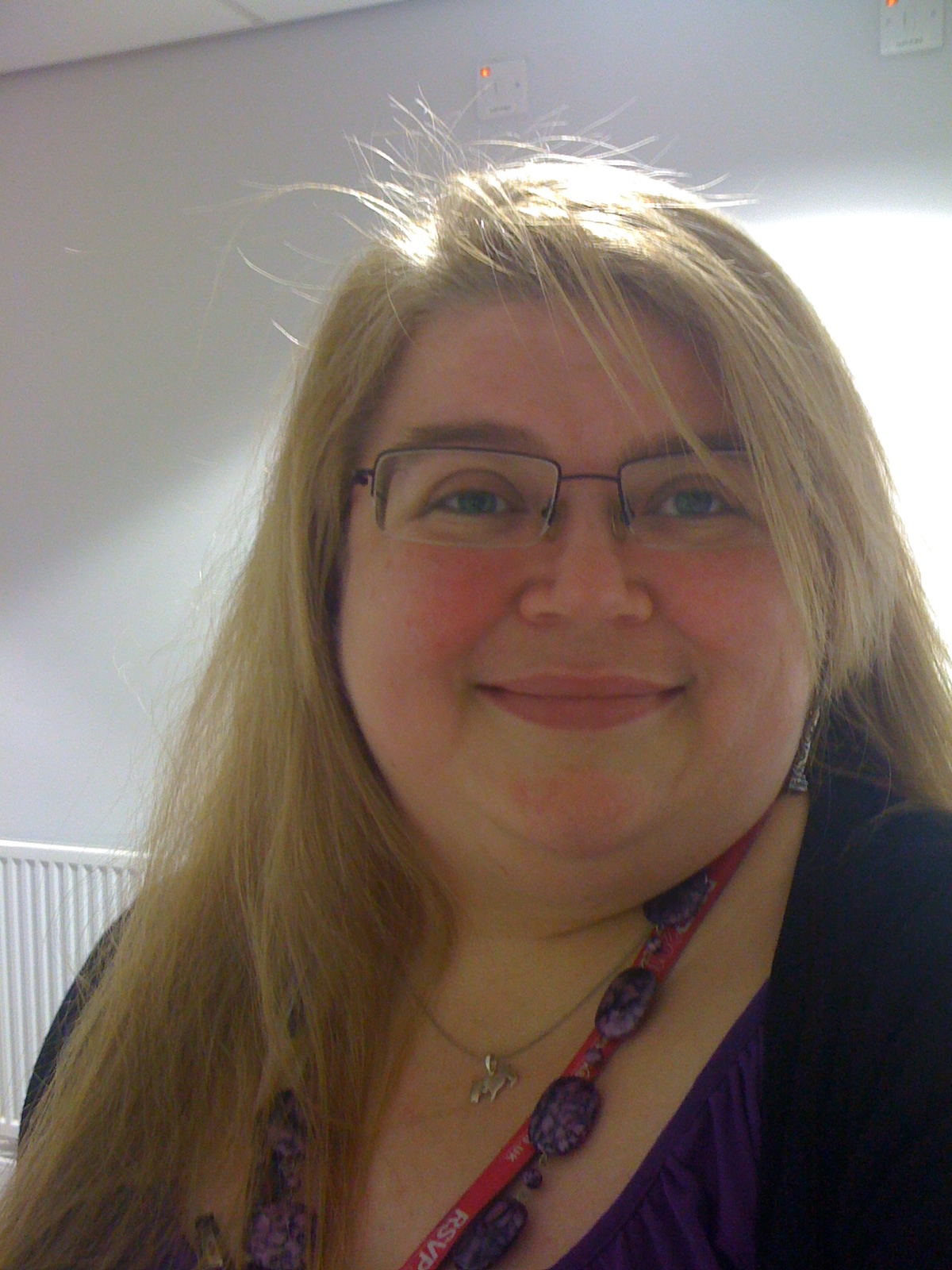 Angela Garry is the most connected PA on the planet – 12,500 connections on LinkedIn and counting

Can we start with a little background information – Where do you live? How long have you been a PA? What motivates you? Inspires you?

I live halfway between Derby and Nottingham in the East Midlands, in a small village called Draycott. I moved here in May 2006, having spent the previous 5 years living and working in the Republic of Ireland and 13 years before that in Exeter.

I started working in admin in 1991 after graduating from Exeter University and started my first PA-type role in 1995. It was actually entitled “Senior Secretary”, but included a large number of PA elements, working for the Deputy Vice Chancellor of Exeter University, at the very college where I had studied.

My motivations: At the moment – working in the most exciting job of my life and still wanting more.My Inspirations: I have three at the moment. Two of my bosses over the years – Professor Mary John at the University of Exeter and David Harris at the Nottingham University Samworth Academy, my current role (David is the Principal and I’m his PA – the Academy is a brand new school for 11 to 19 year olds in Nottingham – www.nusa.org.uk). Both of these have been the most interesting, exciting and inspiring people that I’ve been fortunate enough to work for. The third inspiration is my friend Debra Jarrett, who works as a psychotherapist in Derby – she inspired me to further my own professional and personal development by starting a 4-year part-time MSc degree course in Integrative Psychotherapy and Counselling last October, which I’m very much enjoying.

Reading about you online, I have seen you described as a PA, Regional Chair for EUMA, website designer, lead singer in a band, author, fellow at the IPA and Chair of the SSAT. This is quite apart from being the most connected PA on the planet with over 12,500 contacts on LinkedIn. That is a lot of “achievement”. Tell me, how do you describe yourself? And how do all of these combine to be Angela Garry?

You’re right – I am many different things. I used to think that you could only be one thing when you grew up – but in the last few years I’ve become interested in so many other things, so my priorities have changed somewhat, so that I can try to fit more in to my week.

I want to be able to say that I have achieved a lot of my aims – that I’ve done the things I’ve always wanted to. So, how do I describe what I do? I love my day-time job as a PA – I am in an incredibly fortunate position, in that I work with a team of really committed people and I know that my work is valued. It’s the busiest and most exciting role I’ve had in 20 years.

In my spare time, I love singing – having been the singer in two bands in the last four years, I’ve now gone “solo” and released two singles in 2010.

In my last job, I discovered networking on the internet and started to create the huge network that I have now – which led to me being invited to become the Regional Chair for the East Midlands for the European Management Assistants organisation. I’m working hard at trying to build up a localised network of PAs, kickstarting with a training session on February 19 in Nottingham and already have bookings in the pipeline for April and June events – together with a group of interested PAs who will be attending. I’m also a self-confessed geek and love working on computers – so I made my own website and have gone on to design some for half a dozen friends.

My most recent “achievements” are being accepted onto the MSc programme – and, within the programme, passing my first written assignment in almost 20 years since graduating! – and being judged as joint 4th (“Highly Commended”) in the Sec‑Ed newspaper’s Headteacher’s PA of the Year 2010 awards. Lots of achievements… What can I say? I’m a multi-tasker!!!

Do you have a Mentor or a favourite Motivational Speaker or Self Help Guru? Is there anyone in particular that you model yourself on?

Have you seen the video of Randy Pausch’s “Last Lecture: Really Achieving Your Childhood Dreams”? If you haven’t seen it, I’d definitely recommend that you take time to sit down and watch it! Randy Pausch was a lecturer at Carnegie Mellon University in the US and was invited to give a lecture on the premise of “if you had to give one last lecture before you died, what would it be?” Randy had at that point just been diagnosed with pancreatic cancer – and his “Last Lecture” became a real internet phenomenon. He used the lecture to inspire and motivate his fellow staff and students – and to leave a fantastic legacy behind for his children. It’s an inspiring lecture and a fantastic way to spend 75 minutes. One major thing Randy said, that stayed with me, was “anything is possible – and the inspiration and the permission to dream is huge.”

What would be the two top pieces of personal or networking advice that you would give to other PAs and professional administrators in 2011?

Network – stop trying to invent or re-invent the wheel in your current role – do not be afraid to call on your network for assistance. Someone else out there in a PA role has probably already done the task you are struggling with and could probably lend you a hand, which would save you time, energy and money. If you don’t have one, find a hobby – something that you love doing. Then give yourself time to do it often. Don’t “just” be one thing in your life – be more.

What is the best advice you have ever been given?

“If you want to do something, do it. Don’t wait and put it off, then find you can’t do it like I did.”

My friend Susan Siefferman said this to me in February 2005. This was the last time I saw her – eight weeks before she died, having been diagnosed with cancer the previous summer – and it’s stayed with me ever since. She told me how much she regretted having put off things, thinking “I can’t afford this right now” or “I don’t have time right now” or “I’ll do it next year”. Then she found her time cruelly cut short. So now if I want to do something, I make a real effort to do it – sometimes telling other people that I’m going to do it, which then ensures that I’ll get it done!

In your opinion, are networkers born or is it a skill that has to be learnt?

Hmmmm, can I get back to you on this? I’m still learning how to network myself!!

Apart from your amazing profile on LinkedIn – are you a natural Networker in other aspects of life – face-to-face meetings?

Would you believe that I can sing in front of 1 or 1,000 people but I get nervous doing public speaking? Most people would say the exact opposite about themselves and would far rather talk than sing in public. I’m working on it though – using NLP (neuro-linguistic programming) techniques taught to me by a friend. I think I believe in networking too much to NOT do something about my fear of public speaking – so yes, I’m working on it!

I may be wrong, but reading about you, I get the impression that you have “nothing to sell” – that you Network for the fun of it? Is this really true? What is your “agenda” in networking, both online and offline?

My “agenda”? Enjoyment and fascination! I started networking on LinkedIn as part of my previous job and enjoyed creating a network and seeing what I could do to make it grow. I’ve continued to build on it since leaving that job two and a half years ago because, like my interest in most things related to the internet, I’m fascinated to see where it could lead to.

I’ve been using the internet since 1995 and I’m amazed at its uses. For example: I’ve moved country – twice – by applying online for jobs in Ireland in 2000 and then back in England again in 2005. Also, having met the author Helene Hanff in 1994 and then creating a website about her after her death in 1997, I’ve been contacted by over 7,000 of her fans worldwide, which has led to my research work to write an autobiographical book about her.