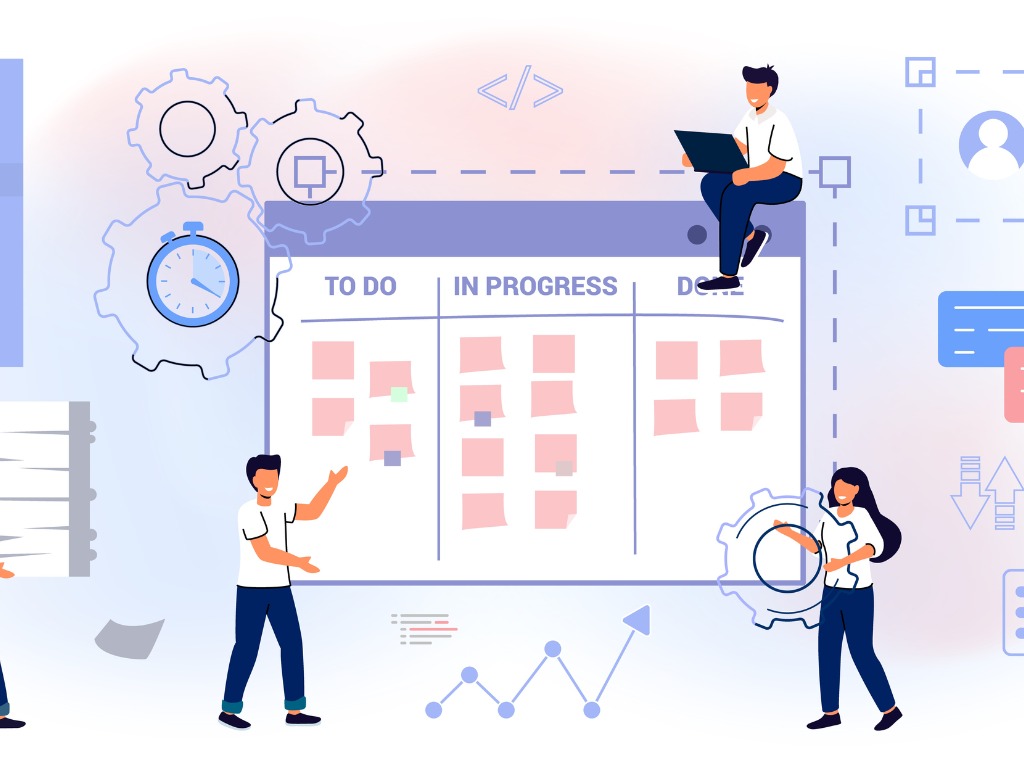 We don’t always know there is a need for change until the goalposts are moved and we find ourselves staring at a major upheaval. We could try swimming faster to keep our head continually above water, but that is a short-term solution and of course an exhausting one. Or we can meet the challenge and look for a way that assists in alleviating the problem. I would like to share such an experience with you, and the measure that was put in place to get things back on track.

Back in 2002, I was appointed EA to the CEO of a South Australian government agency. I was over the moon, as it was a dream come true. Although it was initially a contract position, there was every possibility it would become permanent. My executive was a stickler for an efficient operation, and I was an organizer, so we got on very well. It was a busy agency, though one of the smaller ones covering essential services.

Within six months the appointment was made permanent and I became a fully-fledged public servant. As anyone who works in this sector can tell you, there is a huge learning curve in coming to terms with the plethora of government systems and processes, so when there was a change of government, our operational structure was in for a major shakeup.

The decision was made to merge our agency with a much larger one, which would mean a name change, and on top of that my CEO had opted to retire, and the Executive Director from the other agency would now oversee the new operations. As luck would have it (lucky for me), the new Executive Director’s Assistant was also retiring, so I was asked to transfer over to work alongside him in the new setup. I was delighted, of course, and that is where the story really begins.

So that you can understand the magnitude of the task from an administrative point of view – there were multiple challenges that needed to be urgently managed to keep business flows operational:

As the Executive Assistant to the Executive Director, all documentation eventually ended up on my desk, and quality control became an enormous task to manage. Couriers, of course, were the winners in this, as ‘hard copy’ documentation, which was par for the course at the time, would be picked up and delivered several times a day from one building to the other. There were obvious frustrations initially whilst management endeavored to create a more workable structure.

By now I had been in my position long enough to have an insight into the modus operandi of the agency, and the changes that would be required to bring operations into a more streamlined and efficient form. Unfortunately, due to circumstance, there had been a succession of ‘acting’ executives, so life was a little crazy for a while; however, when the new Executive Director was appointed, I was able to build a strong working relationship with him.

The new agency had been in operation for over a year, and during that time, the issues noted above were gradually being dealt with; however, it was a heavy load placed on the shoulders of the administrative support personnel across the divisions as they tried to manage the multiplicity of changes.

I was in the best position to represent the administrative staff, as I could see daily the impact the new structure was having across the board. I decided to put forward a proposal for the review of administrative systems within the agency with a view to gaining a systematic consolidation of processes throughout the division. To achieve this, I proposed an administrative taskforce to address the ongoing problems being encountered due to the merger of the two agencies.

The taskforce would meet monthly and be a forum that allowed administrative staff to come together to discuss issues within their branch and look at ways of resolving them. (There were multiple branches within the agency.) This would ensure administrative systems were consistent and that there was ongoing clarity for staff. Actions would be taken in consultation with branch managers.

This taskforce would give the support staff a voice about issues occurring in their area. It would also allow individuals to share their expertise by networking across the agency, ensuring increased connectivity and overall productivity. The forum also provided an opportunity to discuss and encourage the ongoing needs of administrative staff, including professional development and technical skills.

It was decided to name the taskforce RADAR, to highlight the ‘antenna’ of the group. The name came from the TV series MASH and the character Corporal Walter Eugene “Radar” O’Reilly, who was endowed with extrasensory perception, appearing at his commander’s side before being called and finishing his sentences. He also had superhuman hearing, able to hear incoming helicopters before anyone else. It was these abilities which earned him the nickname “Radar.”

Admin staff are ‘on the radar’ with the unnerving ability to know about things before they happen:

To my knowledge, the RADAR Taskforce is still in operation today and continues to uphold the initial aims of the proposal, which was to ensure administrative systems across the agency are consistent, effective, and meet the quality standards of the division.

Today’s EAs can be pushed to the limit in the demands of their position, but there are times when it is necessary to take a step back before taking two steps forward to be more innovative about how a situation could be better managed. Being an accomplished EA, you have the ability to lead and influence others, whether that is your executive, the management team or your colleagues. The EA is seen as the font of all information and is usually looked upon as a leader.

What Situation Will It Take to Get the Ball Rolling for You?

Perhaps now is the time to take the initiative to enable you to keep your head above water, as it can be exhausting to continue to swim very fast over an extended period.

Having representatives from across an organisation, an agency, or a department come together to discuss operational business may well be what is needed in your work environment. I am sharing the RADAR structure because it works, and if you would like to implement it in your office, I would support it wholeheartedly.

Initially, the EA can chair the group to keep the meeting aligned with its purpose, but as time goes on, you could also float the idea of rotating the chair every three months, as it promotes an opportunity for personal growth.

When staff have a voice, they become more motivated and more productive, as they know that what they contribute is valued. It also promotes a stronger level of collaboration as staff get to understand one another’s strengths or where they may need assistance.

All in all, it is a win-win for all concerned, and all it took was an initial idea to get the ball rolling – a need to be innovative. Necessity really is the mother of invention.