Get to Know Alexa – Before She Takes Your Job 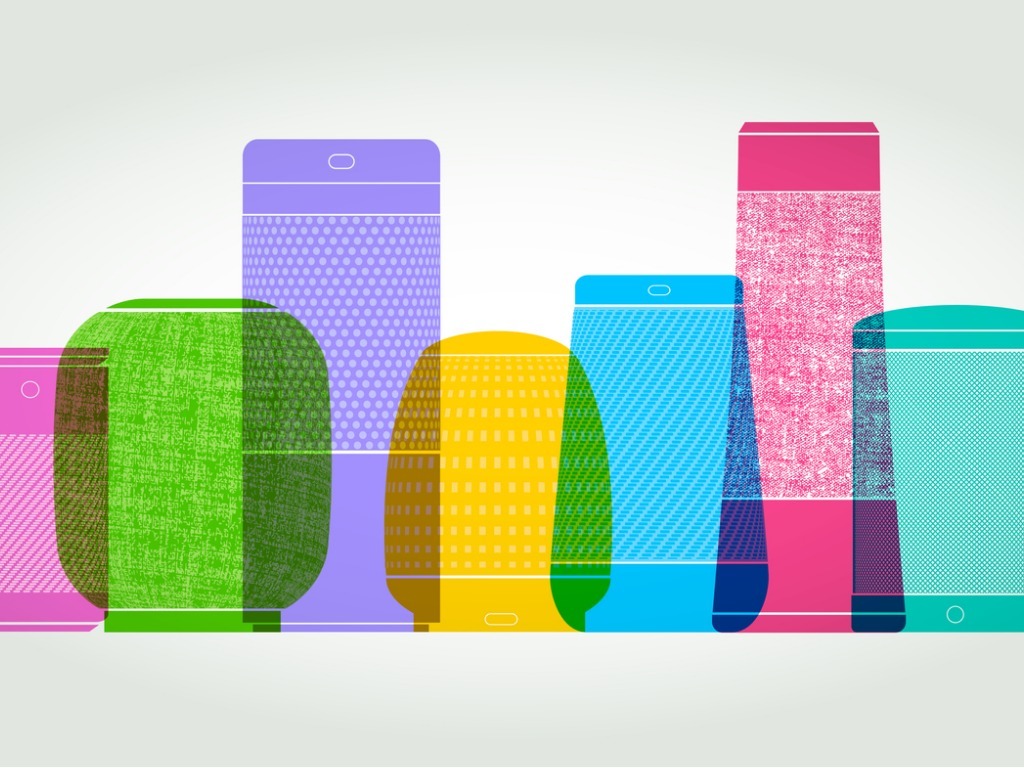 In this extract from her new book, Alexa is Stealing Your Job, Rhonda Scharf argues that Artificial Intelligence will open doors to bigger and better things

Alexa sits on my counter. Officially, the product itself (a “smart speaker”) is known as Amazon Echo. Echo connects to Alexa, a “cloud-based voice service,” according to Amazon. Amazon named her Alexa after the Great Library of Alexandria in Alexandria, Egypt, one of the most important libraries of the ancient world. A font of knowledge and information. (In this book, I will refer to the smart speaker/voice service combination as Alexa.)

She is about to be a game changer. Amazon has sold more than 31 million of these cute little intelligent assistants. One in six American households owns a smart speaker. Each day that passes, Alexa learns more and more skills (as of March 2018, her skill count surpassed 30,000 different skills, and that number is growing daily). Her games are fun and entertaining, but they are not why Alexa is so popular. Alexa is popular because of her enormous potential – at home and in the office. She is going to make our lives easier by eliminating many of our time-consuming tasks. I am certain that I am not the only person who is looking for an easier life. I can’t be the only one who has ever said, “There must be an easier way!” There is an easier way and Alexa is just one simple example.

While you’re reading this book, I’m going to talk a lot about Alexa and other devices like her. You’ll get the idea, fairly early on, that I’m a fan of this technology and that is true. However, it does have its negatives and I’ll point out some of those, too.

Prior to today’s artificial intelligence we had to use very specific phrases to get our computers to perform. The only way I could print a document was to use a pre-set command (Control + P) to get it to print. I couldn’t use any other sequence if I wanted the document to print. With my Alexa device, there are no set phrases that I need to memorize to ensure her comprehension. She is able to interpret my words and questions.

AI can also think through things, like how to play a game of chess (remember when Deep Blue became the first computer chess-playing system to beat reigning world chess champion Garry Kasparov in 1997?), driving a car, military simulations, and more.

Yes, there are many people who believe that artificial intelligence is the doomsday we have been fearing for centuries. In 2013, researchers at Oxford University predicted that 47 per cent of US jobs could be automated by 2033. In 2016, a report by the Organisation for Economic Co-operation and Development (OECD) said that nine per cent of jobs in the 21 OECD countries evaluated could be automated. McKinsey & Company is an American management consulting firm that conducts business and management analysis. In 2017, McKinsey’s research arm estimated AI-driven job losses at five per cent.

Naysayers claim that 800 million jobs will be eradicated by AI worldwide, thereby rendering much of the population unemployed and potentially unemployable. They claim that our social systems will be exploited, and AI will bankrupt our governments. Some go so far as to say that AI will eradicate humanity.

Advocates of AI tell us that we can look forward to a life of leisure – our future will feature robots to take care of the mundane and routine tasks that currently fill our days.

And those in the middle (myself included) recognize that this is just another step in our evolution. We have had two industrial revolutions, changes in transportation, the digital revolution (also known as the third industrial revolution), and now the fourth industrial revolution: artificial intelligence. Like the previous changes we’ve seen in history, AI may be disruptive in the short term, but if we are smart about what we do and how we do it, it will not trigger humanity’s final countdown.

We are evolving, just like 30 years ago with the digital revolution – but at a much faster pace

Machine learning, robotics, 3D printing, and artificial intelligence are having a significant impact in what feels like a short period of time because of a combination of three powerful tech-driven events: the rapid digitization of the economy (we are creating trillions of gigabytes of data every year); the affordable cost of storing all that data; and an explosion in powerful computing power. What that means in simple terms is that we are creating an incredible amount of data daily, we can store it fairly cheaply, and computers have the ability to do things with that data much faster and more accurately than humans are physically capable of.

It is true that not all jobs that existed in 1988 still exist today. The role of the secretary has evolved to become executive assistant or strategic partner. Secretarial tasks such as taking dictation and typing documents have been eliminated or have changed dramatically. Many companies no longer exist. As a matter of fact, of the Fortune 500 companies that existed in 1955, only 54 companies remain – that’s 446 companies that have either gone bankrupt, merged with (or were acquired by) another firm, or that still exist but are no longer on the Fortune 500 list. Ninety-three per cent of those Fortune 500 companies did not weather the test of time. Some of that is due to the changing needs of society. In this book, you’ll see some examples of companies that didn’t evolve and have disappeared, such as Blockbuster. I’ll also touch on other organizations such as Amazon, Netflix, and the City of Cary, NC, that have embraced artificial intelligence and maximized their efficiency and profitability. Things change, people change, needs change — companies must change.

The artificial intelligence revolution won’t be our downfall. It will change the way we work and the jobs we do, in the same way that previous technological breakthroughs eliminated many repetitive tasks in the past. If you are smart and embrace AI and its potential, it will open your doors to bigger and better things, a more comfortable existence with the removal of menial and repetitive tasks, and actual work/life balance.

Instead of replacing human mechanical skills with tools and machinery, we are replacing cognitive functions, such as our ability to make decisions and predictions about future events, with AI. Since we’ve only ever seen this happen in television and the movies, we don’t know exactly what to expect.

If you aren’t prepared, you might see Alexa and her colleagues (Siri, Cortana, Watson, and others) take your job. You are also likely to see changes in your job, as AI starts to infiltrate everything we do. That doesn’t have to be negative. The industrial revolution did get rid of a lot of jobs, but they were replaced by others. When we mechanized the factory line, we saw a switch to more skilled labor rather than physical labor. Computers changed virtually everyone’s job, yet they created more employment than they replaced. Original naysayers said they would replace millions of jobs, yet they didn’t.

AI doesn’t have to be bad. In fact, I’m convinced that it will be fantastic.