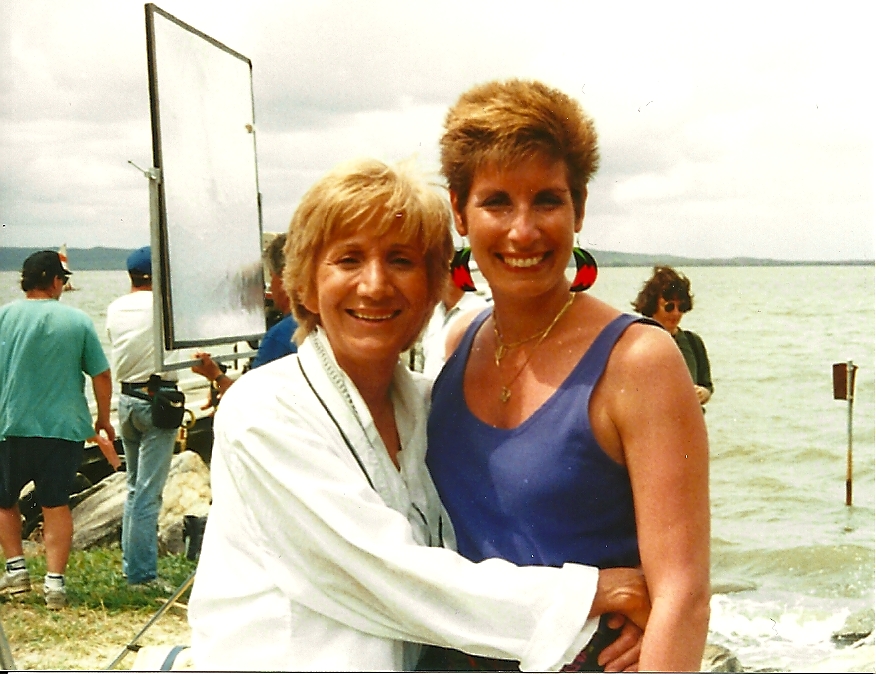 Bonnie Low-Kramen describes her mutually respectful partnership with Olympia Dukakis, in which they both felt truly supported

For 25 years, I had a front row seat supporting an extraordinary woman who powerfully touched millions of hearts and minds. Olympia Dukakis went from working as a respected New York City theatre actress whose name her agents advised her to change because it was too ethnic (she refused) to being an internationally known and adored movie star who became an easily pronounced household name. Olympia catapulted to fame in a matter of months. I was by her side for all of it. And speaking of names, she was “Oly” and I was “Bons.”

Olympia’s life changed forever with her Academy Award for the film Moonstruck, and so did mine. What a ride. It is everything you think it would be and a whole lot more. And I learned. Wow, did I learn about show business, about being a working woman, about making hard choices, and about life.

I wouldn’t have traded it for all the world.

When I started working with Olympia Dukakis at the Whole Theatre in January 1986, I was hired as the PR Director. No one got hired without Olympia’s approval, so my interview was on a snowy night since that was the only time she had. We liked each other right away and she hired me on the spot. I was impressed by her obvious authority as Producing Artistic Director. She wore her power without apology, which was a lesson right there. There was no question that she was in charge, and I thought that was very cool as a woman running a theatre. I had no idea what would happen after she asked, “When can you start?”

My job was to write press releases about the plays we were presenting, which included classics by Chekhov, Shakespeare, and Williams and musicals by Kander and Ebb. As an English and Theatre major at Rutgers University, this job was perfect for me. This job also meant that I had to spend a lot of time with Olympia and the whole creative team. Perfect.

We began. Neither of us dared to think our work together would last for 25 years, which leads me to the lessons I learned.

Be here now. In a world filled with distractions, pay close attention to the person and the situation right in front of you. Olympia had a gift of making you feel as if you were the most important person in the room. Her eyes were laser-focused, her smile was electric, and her curiosity was endless. She asked probing questions which let you know that she did not miss a thing.

It would make Olympia frustrated and not a little angry when a limo driver would turn around and ask, “So, how do I get there?” She would ask me, “Isn’t that his job to know?” No matter what your job, do it with pride and excellence every day. If you need to ask someone else how to do it, either learn it or do something else.

No exceptions. Olympia would often return to New York after working in Hollywood and half-kiddingly say, “Bons, you are so lucky that you work for me. People treat assistants like crap.” What I got to see with my own eyes again and again and again were the benefits of respecting everyone. I watched the lighting people be extra careful with Olympia’s angles. I saw the special care that the hair and makeup and costume people took with how Olympia looked in a scene. They did it because Olympia respected their craft. In a movie, Olympia wanted to get it right in a minimum of takes, and she knew that any one of those people could make or break a scene. I learned that respecting everyone is not only the right thing to do, but it is the smartest thing to do too.

Theatre is a collaborative art, and I learned that so, too, is the workplace. Any group of people coming together to make something is exciting and messy. Olympia would embrace and enjoy the messiness of any process – the discussions, the rehearsals, and the renovations on the apartment – because that is what it takes to get the end results.

5. Speak Up and Say the Hard Thing

Time after time, I got to watch what happened to a group of people when Olympia said the thing that was on everyone’s mind. When she did, they visibly relaxed and were relieved. Whether it was the actor who needed to be fired or the budget that needed to be cut or the scene that just wasn’t working, Olympia was usually the one who spoke the words that needed to be said but could also hurt people’s feelings. She had a way of getting to the heart of the matter with honesty and compassion, which breeds respect. I can think of dozens of people to whom she had to say hard things, and they stayed loyal and loving friends forever. One of those people is me.

6. “No One Will Go to Theatre Jail Over This”

I made my share of doozies of mistakes over the years, and I was grateful and relieved when she said this sentence to me. This was Olympia’s way of keeping things in perspective and allowing for the mistakes that inevitably happen. Olympia knew that the price she paid for delegating to me and anyone else was that she gave up control and needed to expect occasional mistakes. I made very sure that the doozies only happened once, and Olympia depended on that.

7. Stand Up for What and Who You Believe In

Even if it is controversial. Olympia practiced non-traditional casting and played one of the first transgender characters in the Tales of the City miniseries. She was an outspoken and fierce advocate for LGBTQ+ communities. Because she grew up facing discrimination as a Greek American, she fought inequity every chance she got. Olympia showed up for her family, her friends, her students, her fans, and for me. In 2004, I gave Olympia the final draft of my book, Be the Ultimate Assistant, to review and offered her free rein to take out anything she did not like. She called me two days later and said, “Bons, you really have something here. Don’t change a word. Oh, and I’ll write the foreword.” She did.

This includes salary, but also having the contents of a hotel minibar removed and some of the excess furniture too.You don’t get if you don’t ask. I learned to say what I needed because other people are not mind-readers. I watched Olympia ask for what she needed to do her work, and most of the time, she got it. She was able to quasi-patiently tolerate the negotiating process and “let it cook.”

Olympia was very focused on today and the future. She made it a practice to not read reviews, and she didn’t want the rest of us to tell her about them – even when they were raves. She did not want her performances to be colored by these words no matter what they were. Her attitude for all of the reviews was to say, “See that newspaper? It is going to be wrapping up someone’s fish tomorrow.” How’s that for a way to handle the haters? Don’t get sucked in by anyone else’s opinion of you. Seriously consider the source.

I am grateful that I now know that most of the things we worry about turn out to be okay. So much time is wasted on worry and fear. It might be easier said than done, but I hold on to Olympia’s words: “Don’t waste time on fear, Bons. Fear is boring.” It was her way of telling me to take big, giant bites of life and to not be afraid to fall on my face. And what a role model for that!

Olympia Dukakis may be gone, but she’s not really. Not for me and not for so many others. How do I know? In the hundreds of emails I received after Olympia’s passing away on the morning of May 1, 2021, many of the messages said, “You and Olympia had something so special. You were very lucky.” The thing is that I don’t want our partnership to be a unicorn. We were tested many times along the way, and we worked very hard to address the challenges and move on stronger.

If you are reading this, I hope you have a partnership that is mutually respectful and that you both feel truly supported. If you don’t, I hope some of these lessons will help you get there.